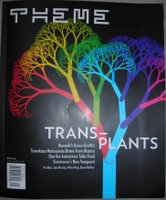 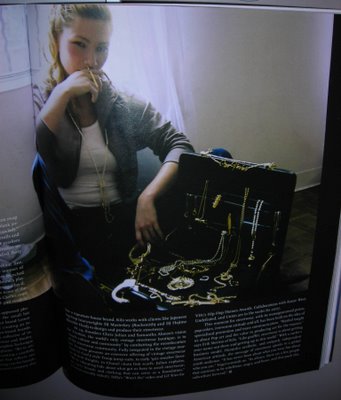 JEFF STAPLE PUT ME ON TO THEME MAGAZINE (via REEDSPACE) THE MAG IS SO DOPE.IT'S AN ASIAN CULTURE MAGAZINE,TAKE MY WORD FOR IT SUBSCRIBE NOW @ http://www.thememagazine.com/
I'M A SUBSCRIBER AND IT WAS PRETTY COOL TO OPEN UP THE MAG TO SEE MY GIRL JULES KIM OF BIJULES NYC
http://www.bijulesnyc.com/ IF YOUR FAMILIAR WITH THE BLOG YOU KNOW JULES IS THE ILLEST JEWELRY DESIGN OF OUR TIME AND THATS NOT AN OVERSTATEMENT.I LOVE CREATIVENESS AND VISIONARIES AND THAT'S MY GIRL,SO SPREAD THE WORD AND GO COP YASELF SOME OF THAT BIJULESNYC GOODIES. 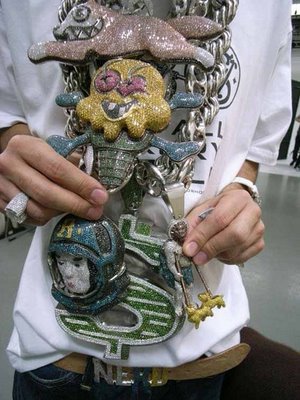 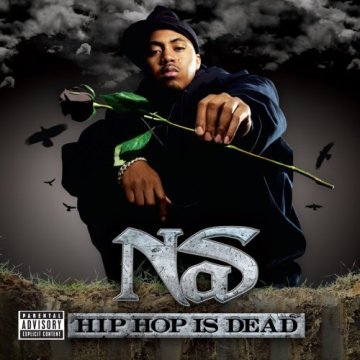 Peace All,
I'm a Hip-Hop Purist I remember getting the my 1st wax album back in the day and remember falling in love with the poetry and loving it mor because it was "OUR" music.Not Black or Spanish as a people but the voice of young people.As we all know today it's just not the same.Most of the true art in regards to Hip-Hop is Dead(True fact) Getting money does'nt mean your any good at all(That's as funny as lil wayne going at JAY-Z).....Ooops.When I heard the leaked cuts from Nas upcoming album HIP HOP Is Dead,I looked foward to hearing real HIp-Hop.Boom....Nas didint disappoint.The album is his best since "It Was Written" The 1st track :Money Over BS is classic Nas.Heavy drums and spitting heat. 2) U Can't Kill Me : In Slick Rick storytelling mode about N*ggaz always on that BS. But the tracks I can't stop listening to are :Carry On Tradition:How we f*cked Hip-Hop up for money.The best line"I got an exam/Let's see if ya'll pass it.Let's see who can quote a Daddy Kane line the fastest".The purest track on the album is :WHERE ARE THEY NOW-Asking where are the hip-hop artist that made up love rap? But even at his illest Nas is ryhming over one of the greatest break-beat of all time!!!. HIP-HOP IS DEAD is the essence of what hip-hop is.BLACK REPUBLICAN(ft.Jay-Z) we all wanted to know what it would be like if 2 of the greatest to ever do it would sound like....and they both KILLED IT.The beat is so dope on this one,you have to go calm down after you hear it.NOT GOING BACK-This track is what the album is about,....GROWTH.most kats spit that "I'm in the hood 4evea"to keep theier credibility. Nas spits the opposite.I'M NOT GOING BACK,I'M GROWING. STILL DREAMING(ft.Kanye West) Kanye spits one his best verses since his album by far(the track is so hot it makes you think Nas should go the Common route and let Kanye produce his next album) BLUNT ASHES-Is thinking going back to the tragic artists life & times(Donnie Hathaway/Phylis Hyman/Alexander O'neil/David Ruffin)...It's Classic!! PLAY ON PLAYA(ft.Snoop) just spitting and Snoop killed the track too!!
MY FAVORITE TRACK...HUSTLERS(ft,The Game) This track reminds me of Nas Is Coming(ft.Dr.Dre) is just classic east/west bangers Kelis sings the hook,but The Game murders the track!!!! Hope(Acapella version) closes with a freestyle of how he was baptized in hip hop.It makes you miss the true hip-hop joints like HOMEMADE LEE SHORT,TAKING YA GIRL TO REDLOBSTER.YA SUEDE BALLYS,CLEANING YA SNEAKERS WITH A TOOTHBRUSH,SOAP & WATER.And he finishes by explaining of HipHop Is Dead...because you're Lame ass,corny ass is the reason it died.You don't give a f*ck about it.You just want to get ya paper.
This album is Hip-Hop reloaded.Remember if you stop buying wack music ,they'll stop making wack music.

I sometimes disagree with a lot of the issues that Stan Crouch(NY DAILYNEWS) writes about but in these days & times,you gotta be critical to uplift a people.Again the job of the civilized man is to teach.I'm just here to UPLIFT & SHINE LIGHT:PEEP

TO MOVE UP, KIDS MUST STOP BEING SLAVES TO FASHION-STANLEY CROUCH


A man once told me that things began to get bad in Brooklyn when the drug wars grew to such an extent that a grown man
could no longer chastise a young man for being loud or dropping trash in front of his house without fear of having a pistol
pulled.As far as he was concerned, that was the point at which adults began to lose authority because they became afraid of
the young black men who were wearing the hooded sweatshirts, the big jackets, the drop-down pants, the expensive sneakers.
The barbarism of gold teeth had yet to appear.That was part of what has surely become a cultural crisis in which young black
men adorn themselves with surface trappings and take on the obnoxious vulgarity of thugs in order to meet the expectations
of young black women who have embraced their own degradation, seeming to find it sexy. That degradation is expressed in
the misogynistic doggerel that dominates popular hip hop recordings.Added to this low-lying mix are the supposedly
sympathetic white liberals, who are more than happy to submit gutlessly to the black middle class. These white liberals have
been intellectually hustled into believing that the inarticulate thug and the freelance slut are young black people in their
natural state. The black middle class, terrified of being defined as a group that kowtows to "white values," does not tend to
have the nerve to stand up to this crabbed vision of life or ethnic "authenticity." But, at the end of the ride, the ones losing and
left holding the bag are neither white liberals nor the black middle class. The tragic losers are those black kids who believe that
their true identity is achieved through illiteracy, thuggish behavior, dropping out of school and psychologically ingesting the
subterranean attitudes toward women that are espoused by pimps. They are sloughing through a spiritual sewer, incapable
of knowing just how much it stinks.But these kids are not the only ones who have absolutely no idea of what a culture is -
which is neither a handful of slang phrases, clown or slut dress and offensive behavior.As one young man told me when I
saw him walking at night with a group of guys who seemed on the verge of anarchy but were merely playing a part, the
whole thing is a come-on to get girls, who have made the thug into a sex symbol. "We don't want to shoot anybody, to rob
anybody, or to get into a fight. We know the honeys like all of this. If they didn't, that would be the end because we go the
way they go," he said. The solution may have to come from the women, who have been known to get men to act right when
they have gotten tired of them acting like animals.To face this crisis and the fact that the street thug impersonation is
now considered "cool" and is attached to the multibillion-dollar hip-hop industry, will take some doing. After all, let us not
forget that Harriet Tubman said that she could have gotten many more slaves off of the plantation if she could have convinced
them that they WERE slaves. The trouble was that they believed that slavery was a natural state and one that they should
accept as no more than the way life was.

A blessing indeed the fam from Woofin Magazine(Japan) blessed The KDU Familia & I again.SVSV/Helley Hanson,SVSV,Proof7,G13...Yes. 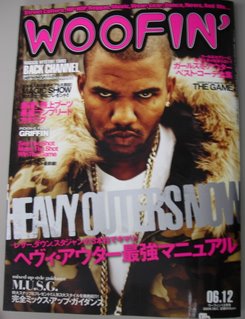 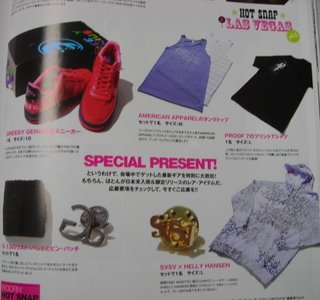 Got flicked up a few times my 1st day at MagicShow...cool.Tuxedo jacket,Peace Denim Co.(shorts & tee) Peep 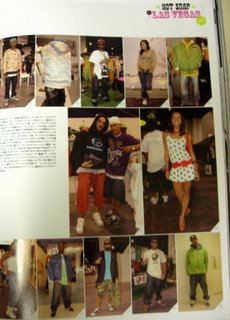 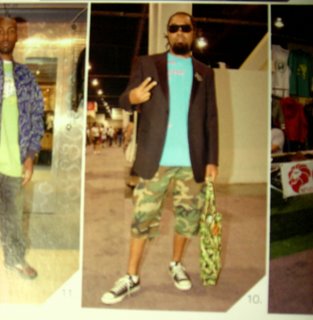 Some Kats "Ego-Trip" off press and things of that nature but not I.This is like XMas comes early for the kid,because I have such love & respect for the publication.I'M TRYING TO CHANGE THE WORLD ...PERIOD! Peace Mr.Ueki & Kazz B indeed.
ALL PRAISE DUE

Peace All,
I'll be the first to admit the Jay-Z Kingdom Come album isn't what I expected,but that was because I thought it was gonna be the same old Blingy kinda thing (uhhh....ok) But what the new album is "Mature-Rap".A lot of kats gonna have a problem with that because a lot of the hip-hop generation frowns on GROWTH and anything other than STREET SH*T,COCAINE RAP & such.But there comes a time when as an adult you have to grow,it's human nature....EVOLUTION even.But what i see from the majority of the rap-dudes today is Jay-Z bashing and why? Because he's grown into something else,something more than a rapper and that breeds resentment and jealousy.Should'nt we all celebrate the fact that he's doing bigger thing like his "Water For Life Project" http://www.un.org/waterforlifedecade/ I mean these are things that are really important in the grand scheme of life...right? It's like we have to strive to do something other than standing on the block,cook coke,pimpin',and shooting people.I remember in 1994 A Tribe Called Quest defended hip-hop by saying "We rap about what we see" So did Mobb Depp "It's our hood,it's where we're from" I totally defended it too,I respect that 100%.But 10-15 years later a lotta rappers ryhming about the same sh*t.At some point you gotta stop glorifying the hood and promoting the CELEBRATION OF IGNORANCE.Ok we know the hood is bad,bad sh*t goes on there,but where are the solutions? I heard you rapping about the same thing forever....where are the solutions? Again peep this Fat Joe interview ripping Jay-Z

I mean why would Fat Joe diss Jay-Z? Because he does'nt come to the hood and stand outside to "Keep it real" we all gotta stopping knocking kats for doing OTHER THINGS than riding through the hood to show you're still down.It's dumb

What's the point? I mean we all need to unite and fix what the problems in urban enviorments like (education,poverty,teenage pregnancy,HIV,gun violence,drugs)

SOLUTIONS.....SOLUTIONS....SOLUTIONS..I grew up in the Projects in the 80'(In the crack era) so i saw the Projects turn to f*ckin' Vietnam literally overnight.It was the worst possible situation you could ever imagine.I still have scars from growing up in those circumstance.But I turned it all into a positive(as best I could) because when i climbed out of there I knew what type of man I had to be....RESPECTFUL,RESPONSIBLE,HUMBLE & THANKFUL.The youth is soooo far gone,it's my responsibilty to do MY SHARE to shine some type of light and let them know there's more to life than what they see everyday.Thats the purpose of Peace Denim Co. Yeah,we're gonna give you a hot,quality clothing line but we're here to shine light in the dark as well.That's why it annoys me to see infighting again & again in hip-hop because a man chose to GROW and do bigger things a make a real mark.Isn't that what we strive to become? You see these "Keep it Real Hood"dudes that come through the block in a 745iBMW and buy drinks for the lil dudes that hug the block,but at the end of the day that same dude drives to the suburbs,while that lil dude from the hood is sleeping in the projects.How real is that? Why not tell these lil dudes to educate & empower themselves so they don't have to struggle on the block and live in the projects.Lead by example,help these Kids! We can't play the hood forever.

This is the meaning of life....and aint this the perfect ending? 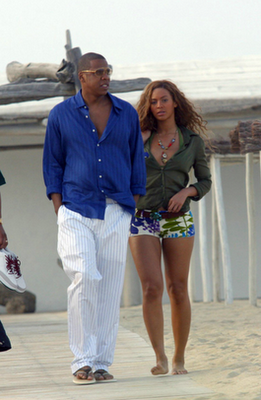